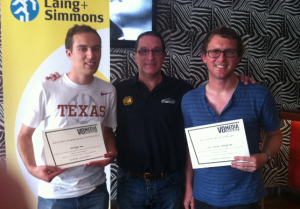 The inaugural V8 Media Awards have been presented at the Pyrmont Point Hotel in Sydney, acknowledging the work of the media that covered the V8 Supercars Championship in 2012. Over 50 media members from the V8 Supercars paddock voted on an extensive list of nominations.