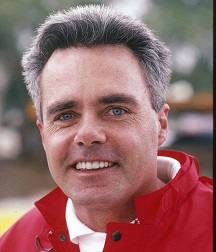 Barry Lake started motor racing in the 1960, running a variety of cars through till the 70’s when lack of budget and his combined mechanical skills and ability to tell a story saw him given the opportunity to start covering the sport.

Joining Max Stahl’s team as assistant editor of Racing Car News in 1973 and quickly learning the magazine business, Barry help establish Chequered Flag magazine in 1974, before moving to Off Road Australia in 1977 and his technical knowledge and attention to detail saw him join Modern Motor magazine (now Motor) in 1979 becoming editor in April 1982.

Barry continued to take the opportunity to get behind the wheel as often as he could, driving in the Bathurst 1000 in 1975 & 1976 in BMW’s then in 1979 he was part of the Holden factory team’s famous 1-2-3 finish Repco Round Australia Trial with international stars Shekhar Mehta and Rauno Aaltonen. He also contested two London-to-Sydney Marathons finishing 2nd in 1983.

Barry passed away in 2012 one day short of his 70th birthday and survived by his three children Gavin, Derek and Vanessa.