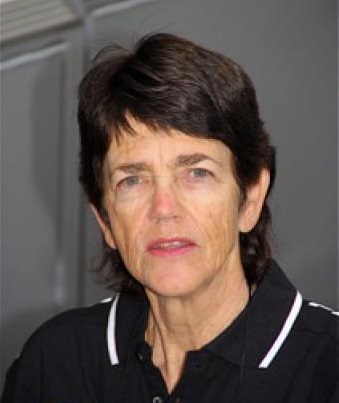 Glenis Lindley began her motor racing career as a photographer for Harry Firth and the Marlboro Holden Dealer Team at Bathurst in 1976. She continued working as an accredited photographer for several other teams including Dick Johnson’s DJR; Toyota Racing; JPS and Benson & Hedges; plus a long association with Castrol, including Larry Perkins and Tony Longhurst’s teams.

Along with her photographic interests, Glenis also wrote a weekly motor racing column under the name “Circuit Revs” for the Gladstone Observer newspaper” for 14 years.

This was followed up with a weekly column (“Fast Lane”) at Lismore’s Northern Star…which she wrote for 12 years. Then came a stint at the Gold Coast Bulletin writing features for the Drive section.

Since 2009, Glenis has been a regular contributor to Motor Sport Legends, and more recently her photos could be found in V8X/Supercar Extra Magazine and this year the Supercars Event Programs.

In 2016 was awarded the CAMS Media Service Award and last night Glenis was on hand to receive the acclimation and recognition from her peers with induction into the Supercars Media Hall of Fame.